A talk I recently gave at Temple University in Philadelphia USA, on the subject of  Structural Materialist Documentary as Urban discourse.

Underground v.0 FCP edit timeline (raw footage/minimal edit) 1. What is this space/place and my place within it?

Underground V.1 FCP edit timeline. ( first edit) 2. How does this space structure the day to day?

Underground V.2 FCP edit timeline. (second edit) -3. How do I experience this space in light of the terrorist attacks?

The project Underground along with two other documentary art projects, is the product of a body of research undertaken for a practice based PhD, including a traditional written dissertation, completed in 2013. My research synthesized “Early British Structural and/or Materialist film theory and practice” of the 60’s and 70’s, as conceived of by formative practitioners Malcolm Le Grice and Peter Gidal. This was for the development and practice of a form of urban documentary video art.

At the time, my research went against the grain of a contemporary resurgence and repositioning of the early tradition of British Structural and/or Materialist film theory and practice – as a primary source of contemporary anti-illusionist “urban” documentary art. This was referred to as Para Documentary – as coined by the International Documentary Film Festival Amsterdam, in 2009 – and evidenced in the work of such artists as: William Raban, Mirza and Butler to name a few. Moreover, this form of reflexive urban documentary art, drew heavily upon the theory and techniques of formative British Structural and/or Materialist filmmakers Peter Gidal and Malcolm Le Grice, and their anti-illusionist approaches of “extended duration” the “fixed frame,” “film as material,” and “optical printing and reprocessing of film.” In addition, reflexive narrative film techniques such as unreliable narration were also applied in these films, as strategies for bringing about a primarily reflexive “anti-documentary” response in the viewer.

As a result, little attention was given to the idea of how the early British Structural and/or Materialist aesthetic, might be deployed to promote urban discourse, and address such questions as: how we live in the urban and the everyday.

Some of the findings of this research included a better understanding of Peter Gidal’s “Structural” use of framing and “fixed frame.” For example: Gidal’s camerawork could be more accurately conceived of as – a handheld camera method, alternating between stillness and agitation, and at times ambivalence, leading to an overall sense of anxiousness in the viewer. Similarly Malcolm Le Grice’s “Materialist” approach, with an emphasis upon “film as film” and the optical printing and re-processing of the filmstrip and audio track – upon reconsideration – also promoted affective spectatorship.

Both Le Grice and Gidal’s methods of practice, could be also be correlated to a form of what the French Philosopher and Urban theorist Henri Lefebvre – in his writings on the “Production of Space” – refers to as a form of “Rhythmanalysis” (of a medium). In this respect, I also theorized that these filmmakers’ methods and approaches to making anti-illusionist films, actually began with the filmmakers themselves, through their camerawork, immersion in space (environment or space of filmstrip) – which becomes enacted through an immersive process of observation of forms, which subsequently lead to a rhythmic and gestural interplay of these forms, through such variables as: movement and stillness – repetition and order, chance and restraint. This process was in effect what promoted the emotional responses and personal reminiscences upon reviewing their films – none of which was entirely dependent upon the idea of “film as film” (or medium specificity) which these films are more known for –  and therefore, entirely possible with other art and moving image forms.

These findings led the practical portion of my PhD research – and took shape in the Underground project, as two practical works made just before the July 7th terrorist bombings of the London transit and tube system – and two versions afterwards, (rather than one definitive version).

Each version was in effect, an exploration of such questions as:

(Please preview the different versions from the menu)

While the “same” footage was used for each version, the reprocessing of the footage through digital editing became more involved, and “structured” especially in relation to the soundtrack, in correspondence with the direction of each question and the subsequent degree of reprocessing of the audio-visual footage. The audio track is below the image track on the editing timeline.

The above timelines illustrates three versions of Underground in order and how the digital materialist approach to the soundtrack develops through “structuring” sound elements or bites, through repetitions, repeats, duration and holds. For example: Underground v.2 corresponds to the question of: “How does this space structure the day to day?”

I actually have a day job lecturing on Politics and Film for mostly Business Administration undergraduates, and I occasionally get the chance to knock off some writing on the subject of Politics and Film.  Recently, I wrote a piece to accompany The Melbourne Cinémathèque’s Barbara Stanwyck Retrospective back in March 2016.  A bit belated now, but born on this day July 16th, Barbara Stanwyck played a range of female leads that you just don’t see today.  The piece I wrote was for her film Meet John Doe (1941), on the theme of Populism and how the character’s enact a form of populism attributable to depression era America.  The character she plays is an independent and scheming  go to reporter who is just trying to keep one step ahead of loosing her job, without completely selling out.  Have you seen any of her films?

I remember my High School English teacher showing us a really terrible copy of Apocalypse Now by Francis Ford Coppola on VHS tape, that she had dubbed from a library copy.  I imagine the library copy had been played until it was ragged, since the result was like watching a kind of molten version of Hell.  Quite literally, the form becoming the content. The screening was to accompany our reading of Joseph Conrad’s Heart of Darkness.   At the time I was fascinated with how the video had added this horrific dimension to Colonel Kurtz’s (Brando’s) death scene.   Many years later when I was attending an artists’ film workshop at the Tate Modern on Corrupting the Image for film, I was reminded of the corruptibility of VHS tape, and went on a search through second hand shops for a copy of Apocalypse Now and  a few VCR’s.   Interestingly while the re-recording or continuous dubbing of the tape produced much the same molten images of Brando’s face that I remember back in high School, it took many many more dubs  to corrupt the soundtrack to a similar decayed state as the image.  (S.E.Lim)

Guli Silberstein – REMAINS Fragments and distortions, filters and reappropriated imagery comprise this surprising collection of moving image works. Found footage and original recordings are dispersed with twisting narratives. Bare and latent concepts, and intertwining philosophies appear to comment on violence, consumerism, and other fragmented human actions. Broken repetitions in The Horror and Ozymandias are unsettling whilst poetic, whereas FIXC’s and Nilsson’s films provide us with octane-driven feasts that comment on consumerism and our fixation with popular culture. 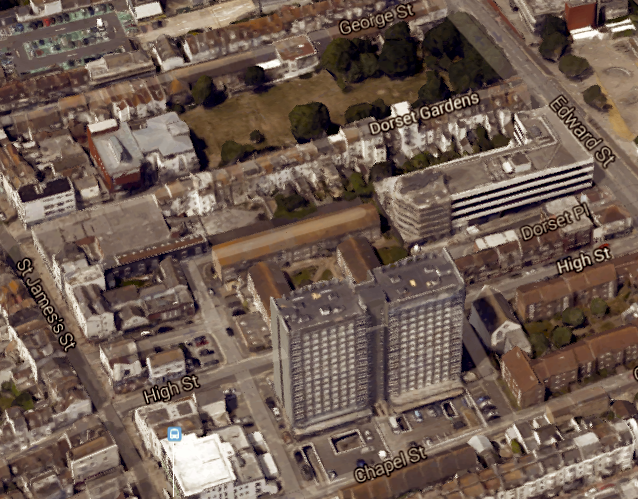 From an ongoing series of short vignette style observational docs based on Henri Lefebvre’s writings on Space, Rhythmnanalysis and Everyday Life.  Please check back for more episodes.  Optimized for small screen viewing.

From an ongoing series of short vignette style observational docs based on Henri Lefebvre’s writings on Space, Rhythmnanalysis and Everyday Life.  Please check back for more episodes. Optimized for small screen viewing.

I happened upon this event last week in Toronto,  and was  surprised to find myself amidst a diverse and opinionated group of artist -curators, on the verge of reformulating  the collectives mission statement of 1993, and it’s now dated idea of artists’  moving image as divided into the two camps of film and video.  At issue, how to accomodate and set a future course for the rapidly evolving moving image media landscape, within the membership of the collective.    While, I don’t personally subscribe to the superiority of one medium over another, I’m always interested in the unique ways in which artists deploy technology (analog or digital or a combination of both) in order to generate and facilitate ideas and expression.

At Pleasuredome last Saturday, I was brought back to the very same debates at the beginning of my PhD studies in the UK several years ago, at which time the tradition of British Artists’ Film and Video, was enjoying an almost rock star like resurgence of interest in the pioneers of such movements as British Structural-Materialist films, by a generation of artist – academics engaging in practice based PhD’s  in art schools and higher education.  In one sense, I was very fortunate to be in the right place at the right time, in terms of having the opportunity to see so many retrospectives and screenings of 60’s and 70’s avant-garde filmmakers films, actually projected in the cinema with film projectors.  I attended screenings, by filmmakers such as: Michael Snow, Ernie Gehr, Andy Warhol, John Smith, Guy Sherwin, Luke Fowler, Rose Lowder, Chantal Ackerman,  to name just a few off the top of my head.

In fact the idea of watching a work of film art through a digital/video platform, as being something of an infraction to the original work and artist really didn’t really hit home for me at that time, until I experienced a masterclass by the Austrian avant-garde film maker Peter Tcherkassky, who took us through  his painstaking method  of repurposing found footage through a technique of exposing film  with a penlight.  If I recall correctly, the bit of film he took us through was sampled from a celluloid strip of Sergio Leone’s  spaghetti western – The Good the Bad and the Ugly (1966).   In this workshop, Tcherkassky explained/demonstrated his working method through digital clips, however  he also screened the finished film as a projected film.  Needless to say, the experience of movement and light and sound of projected film was just incredible.  The experience of the digital scenes seemed more on a level of a rhythmic barage of abstract shapes and sampled/electronic sounds, the actual experience of the projected film version opened up an entirely different experience and interpretation – that  of a form of hellish landscape, in which contorted melted character’s, are fated to play out and replay the same bloody event over and over again.  I’m not sure entirely why the film  version was so much better and held this strange narrative?  Perhaps because of the original frame rate of film being intact vs digital blending and omission of frames? It was entirely engrossing, and terrifying in the filmic version to feel like I was viewing glimpses of  zombified figures being subsumed and slaughtered within and between the  flickering shadows and peephole shapes of this faustian world vs the more abstract version of the digtal projection. 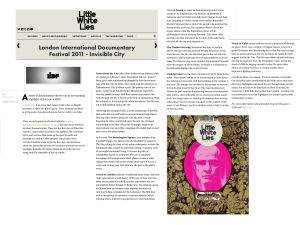